Nighttime in Downtown...black and white style 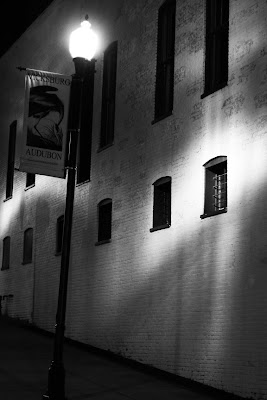 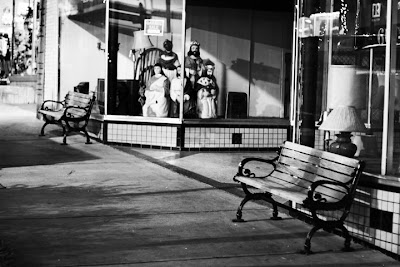 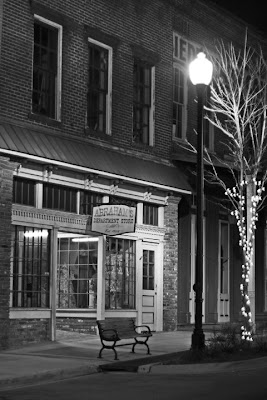 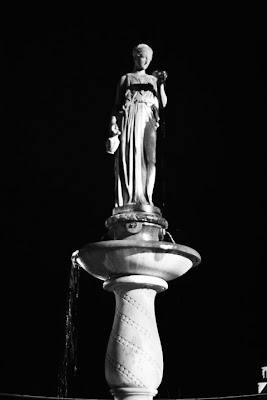 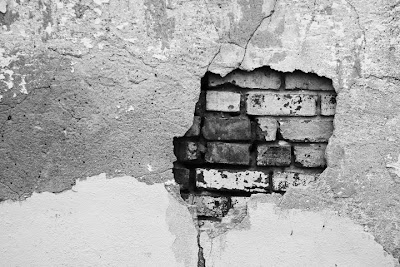 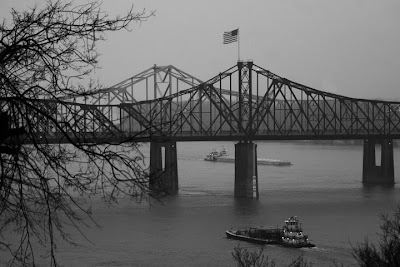 These nighttime shots are intriguing to me. They make downtown look mysterious. Like it's hiding secrets.
• The top photo, to me, works best in black and white because of the shadows cast on the wall and the way the light spotlights the window.
• I like the photo of the benches in the second photo as well, and the three wisemen and shepherds pictured in the storefront add a little surrealness to the image. That photo will leave people scratching their heads!
• The fountain is a tad blurry since all these photos were taken with a handheld camera. Didn't take the time to fool with my tripod.
• The brick wall photo is an in-betweener. It looks better in color, I think, yet the black and white image makes me focus more on the lines and symmetry of the photo. In other words, I see the "trees", or the individual elements of the photo, instead of the "forest" I would see if the photo was in color.
• The last picture is the source for my venture into the world of black and white with this post and from last week. I was at the overlook on Saturday, Jan. 24, at sunrise and with the absence of a rising sun and the overcast skies, the whole area just looked like one big black and white photo. That got me thinking about how this photo would look in totally black and white (so I took it in black and white), which led me to think of what else would look good in black and white, which led me to downtown, which led me to....well, you get the picture. Now that's a good pun, I don't care who you are!
P.S. I took some of the neatest photos during two of my photo excursions this weekend that you will be sure to want to see starting Tuesday!
P.S.S. I have gone back and labeled some of the photos from the black-and-white series for those who are curious about where some of the photos were taken. Just scroll down!

be found at:
www.martykittrell.com.
Click on any photo to make it larger for easier viewing.