Billboards from the 1960s along I-20 discovered 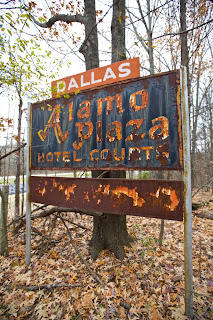 Every once in a while I discover something that just delights my heart. Such can be said of these two billboards I discovered along I-20 about 1.25 miles west of Edwards on the north side of the interstate. Both billboards are up in the woods and I have passed down that road for 20 years and have never noticed them...until this weekend. 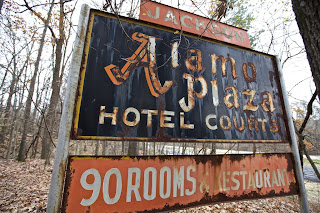 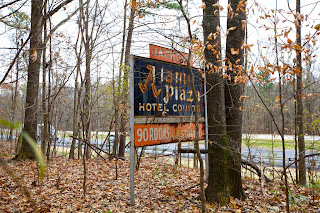 Here's a view of the billoard and its proximity to the interstate. It is located 1.1 miles west of Edwards on the north side.

••••
The photos below are of a billboard for two King Edward Hotels in Beaumont, Texas, and Jackson. The billboard is located about 1.4 miles west of Edwards on the north side of the interstate. 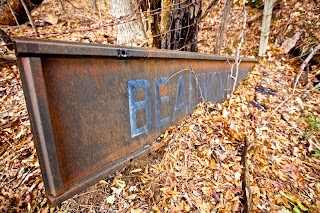 The bottom part of the sign has fallen to the ground and is half-buried. The sign facing west reads Beaumont. The top part of the sign is below. It reads "Thank you. Visit our King Edward Hotel." 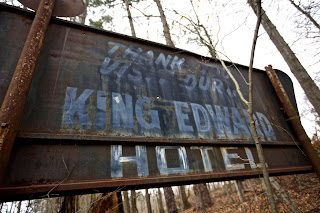 The billboard advertising the King Edward Hotel as you head to Jackson is much more worn than the other side. But you can still read most of the sign including the words Downtown Jackson. The wording on the second part of the sign that is on the ground reads " Drive-In Lobby." The little circle at the top of the billboard is a star. 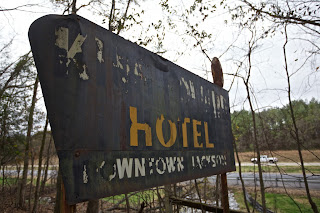 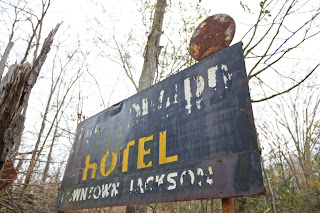 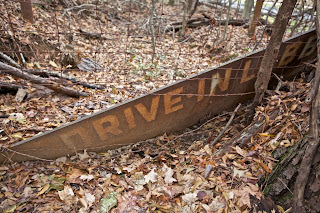 I am using information from the excellent blog, Mississippi Preservation, to date the sign. According to a post on their site about the King Edward Hotel in Jackson, the King Edward in Jackson was sold to Dumas Milner  in 1954.
Here is an excerpt from that post:

It was sold in 1954 to Jackson entrepreneur Dumas Milner for $1m. Milner’s $700,000.00 program of renovation and modernization was nothing if not thorough. Few corners of the 400-room hotel were left untouched.  In went modern touches like an escalator to the mezzanine floor, a fifth floor rooftop swimming pool with the hopping Patio Club and mod furniture throughout all twelve floors. Out went the grand rotunda, filled-in to accommodate a new ballroom.  Society spots like the Petroleum Club moved in too.  In 1960, a new and even larger convention hall was added on Capitol Street.  The legislators continued to make the King Edward their unofficial home, thus continuing the oft-uttered joke that there were three houses of the Mississippi Legislature, the Upper, the Lower and the Edwards House.   The dining room was changed several times during these years.  The former Venetian Room became the French Verandah after an elaborate makeover.  When this proved less than popular, Milner remade it again into the “Coach and Six.”  There was also a popular oyster bar on the northwest corner facing Capitol Street.  Milner also banished most of the offices from the third, fourth and fifth floors in order to accommodate more hotel rooms.  There would eventually be a total of 407 rooms, though many of them would be considered small by the standards of our day.

Milner didn’t stop with just renovating the hotel from stem to stern.  The name “Edwards Hotel” was apparently not regal enough for his tastes, so he changed the name to the “King Edward”, thus the name which has become so familiar to us today came into being on a whim.   There was another “King Edward” owned by Milner, the old Hotel La Salle in Beaumont, Texas was purchased by Milner in the early 1960s and given a similar makeover and was also renamed the “King Edward.”  It survived in one form or another until its demolition a few years ago.   With the new nomenclature, the roof signs in Jackson were altered to reflect the hotel’s enhanced status.   Still visible for miles, the red neon was changed to the “King Edward” we all recognize today.

High-resolution photos can be found at:
www.martykittrell.com.
Click on any photo to make it larger for easier viewing.